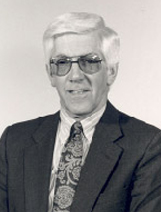 Chaplain Phelps was appointed Deputy Director, Chaplain Service for the Department of Veterans Affairs in September 1992. Following nine quarters of Clinical Pastoral Education including one year with the Federal Bureau of Prisons, Chaplain Phelps began his VA career as staff chaplain at the Allen Park Michigan VA Medical Center in 1965. He was appointed Chief of Chaplain Service at that facility in 1978 and assumed responsibilities as Co-Chair of the medical center's ethics committee and was appointed as a field education supervisor for St. John's Provincial Seminary in Plymouth, Michigan.

In 1986 he was appointed as Director of the National VA Chaplain Training Center in Hampton, Virginia where, in addition to his administrative responsibilities, he was principal lecturer at the Chaplain School and coordinated a major segment on biomedical ethics. He has been a major ethics issues presenter in medical grand rounds at the Allen Park and Hampton VA Medical Centers as well as Wayne State University School of Medicine and the Eastern Virginia Medical School. As Deputy Director, Chaplain Phelps has played a major role in the reorganization of the National Chaplain Service and its outplacement to Hampton, Virginia and the establishment of the National Center for Excellence in Chaplaincy.